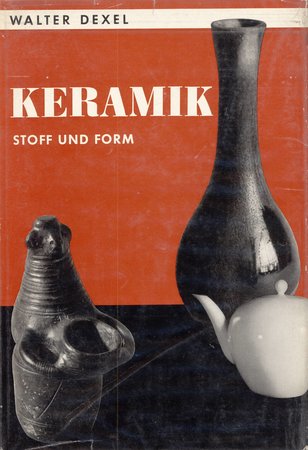 140pp + 2pp period ads. 195 b/w plates. Small 4to. Very good copy. On modern art pottery - a survey covering major designers including Bernard Leach, Picasso and many others. Text in German. Walter Dexel is one of the outstanding exponents of 1920s Constructivism. In 1918 Walter Dexel became head of exhibitions in Jena, where he organised first exhibitions with Campendonk and later with Bauhaus artists like Moholy-Nagy. From 1928 to 1935 Walter Dexel worked as a lecturer for graphic design at the Magdeburg "Kunstgewerbeschule". He was dismissed from his post in 1935 by the Nazis but after the war continued to work in the arts and gained critical acclaim as an art historian, exhibition maker, theorist.