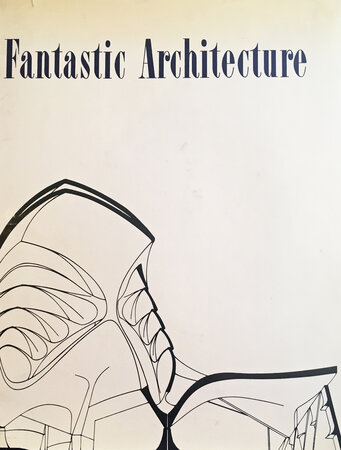 187pp illustrated with b/w plates and line ills. 4to. Very good in slightly edge worn dust wrapper which has a couple of small tears. First English edition, translated from the German. Documents included many not seen previously which records the unusual & visionary in 20th century architecture. Typical of the period when design was exploring experimental approaches. Includes projects by Le Corbusier, Lissitsky, Goff, Kiesler, Niemeyer and many others. Signature of Colin Amery on free end paper. From 1957-1988 he was chief editor of the journal "Bauwelt", from 1981 to 1998 publisher and chief editor of the bilingual journal "Daidalos." As an architectural critic he brought to the attention, through monitoring movements in architecture, aspects of design which were highly influential in modern construction.