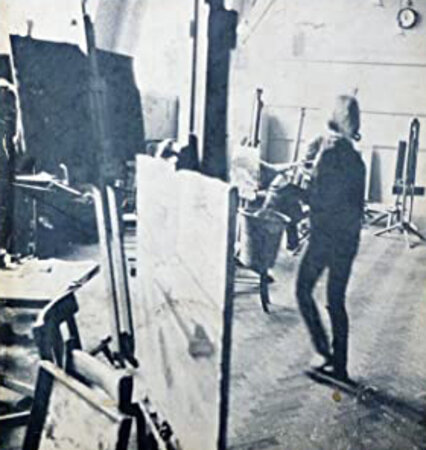 106pp illus with b/w and colour plates. Square small 4to. Good copy of this useful catalogue. Catalogue to accompany the art exhibition (sponsored by the Peter Stuyvesant Foundation) at London's Whitechapel Gallery during March to November 1964, showing works by Derek Boshier, Patrick Caulfield, Anthony Donaldson, David Hockney, John Hoyland, Paul Huxley, Allen Jones, Peter Phillips, Patrick Procktor, Bridget Riley, Michael Vaughan and Brett Whiteley. Cover photograph by Lord Snowdon. The exhibition captured the spirit of the era and followed earlier pioneering exhibitions curated at the Whitechapel gallery, notably "This is Tomorrow in 1956". It was the first of a series of exhibitions with the title "The New Generation": In 1965 th exhibition was for sculptors, most of whom had studied on Caro's now celebrated course at St Martin's School of Art, and included young tigers such as William Tucker, Tim Scott and Philip King. Others in the series were held in 1966 to 1968 after which Robertson left the Whitechapel to take up a New York position as director of State University of New YorkM museum.