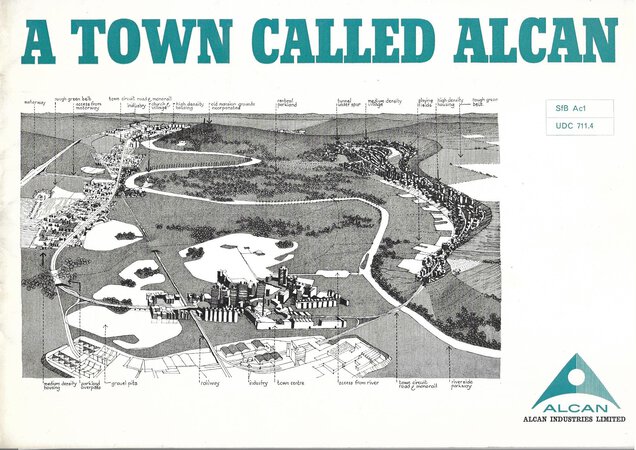 A Town Called Alcan, 4 Circuit Linear Towns, Alcan The Scanner and Notation: The Observant Layman's Code for his Environment

Four volumes produced over a four year period. Alcan, producers and sheet aluminium produced these ground breaking publications. The first booklet " A Town called Alcan" was devoted to the theory of the Circuit Linear Town. The second booklet showed the application of Gordon Cullen's theory to four very different areas of Britain: The Solway, Solent, Redrose and London, The next publication "The Scanner" introduced human, social and physical matters which needed to be considered in any planning operation. The final booklet Notation is Gordon Cullen's last publication and appeared in the architectural press in 1967. Hard to find all together. These are a fascinating series of publications which form the corner stone along with Cullen's Townscape book on approaches to planning urban space. All in very good condition. The first volume includes a typed letter from the Company Marketing manager, E W O'Loughlin, introducing the booklet series on Alcan Industries Headed notepaper.