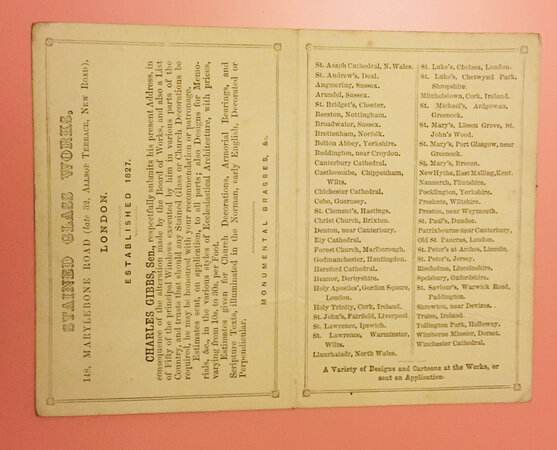 148 Marylebone Road [late 32 Allsop Terrace, New Road, London] nd after 1855 Printed on one side but has been folded is an advertising card for Gibbs' works and also a list of the locations where he had worked. Stiff card 115x145mm. Notes that a variety of designs and cartoons can be sent on application. This is probably the card of Charles Alexander Gibbs 1825-77, son of Isaac Alexander Gibbs 1802-51. On the death of his father, Charles, a younger brother Isaac, took over the business. The partnership was split in 1855 and they became rivals.