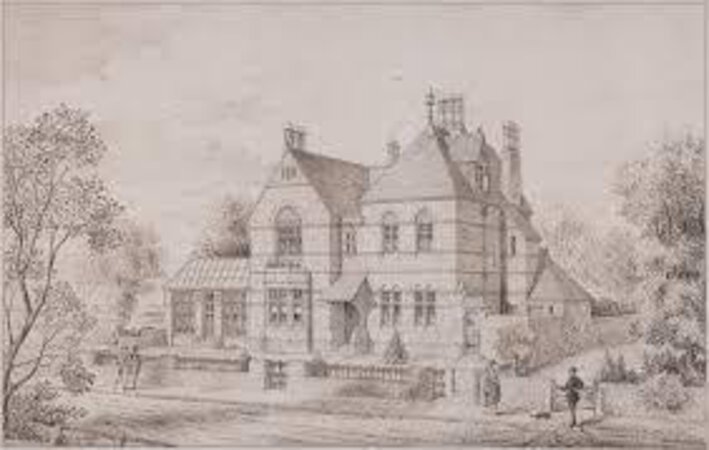 Image size 570 x 370mm landscape, frame 802x590mm. Unidentified sepia, pen and ink drawing of a large house with conservatory to one side, as seen from the road, and with characters in the foreground. Signed and dated Maurice B Adams 1875 – frame with old backing from Imperial War Museum reveals details of an old Edward Ardizzone image. Maurice Adams was editor of Building News. He played a role in the creation of Bedford Park and became the resident architect designing many house as well as the Chapel of All Souls and School of Art amongst other buildings. Adams developed a style derived from that of Norman Shaw and became a highly acclaimed architectural draughtsman. The style of this image reflects Norman Shaw's designs.