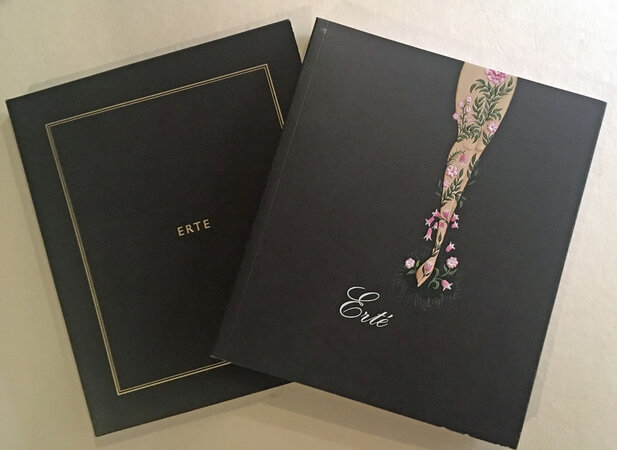 77(+2)pp. Many colour illustrations. 8vo black illustrated wrappers + slipcase with gilt title, minor bump to the head and base of the spine, else very good indeed. Profusely illustrated exhibition catalogue, published on the occasion of the 2004 exhibition of Erté's fashion and stage designs spanning the inter-war period held at Robert Sandelson. Loosely inserted prices list. Fold out, depicting Erté's illustrated alphabet made up of human forms (this work was started in 1932 and not fully completed until 1967). Foreword by Stella McCartney, outlines how Erté has influenced her work, thus giving a contemporary angle to this type of Art Deco illustration.