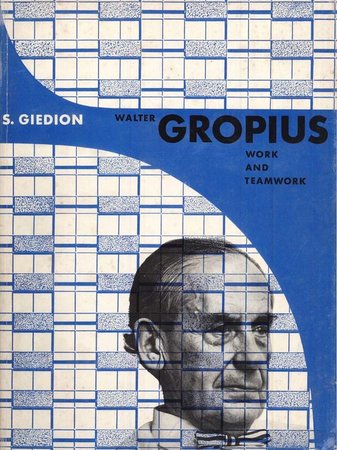 First English edition. 249pp illus. with b/w plates, plans and elevations. 4to. Spine lettering rubbed else good. This is an overarching study of the work of Groupius covering his early work and the Bauhaus in Germany and after when with the help of the English architect Maxwell Fry, Gropius was able to leave Nazi Germany in 1934, on the pretext of making a temporary visit to Italy. He moved to Britain to avoid the Germany of hte Third Reich. He lived and worked in the artists' community associated with Herbert Read in Hampstead, London, as part of the Isokon group but then left for America where he worked at the Harvard Grad. School of Design. The inclusion of the term Teamwork in the title of the book relates to Gropius's philosophy than design was more than the work of one architect and he advocated in design education the concept of team working.